My dear fellow blogger Madhu had been nominated for the Capture the Colour competition and left her nominations open for those who like a challenge. I told her I might take it up just for the fun of it. In the blink of an eye my name was already added to her list of nominees! No chickening out allowed, I repeated myself like a mantra, so here is a selection of five photos from my travels which capture the colours blue, green, yellow, white and red.

Kids were everywhere. Running around, playing football, eating mangoes, laughing, following you. They want to shake hands, touch your skin, have a close look at that nassarah who’s passing by. They were all gorgeous. I still miss them.

Not the most comfortable way of travelling but who cares! I fell in love with Chiapas all the same. Jaw-dropping scenery, welcoming people and yummie food. What else can one ask for? 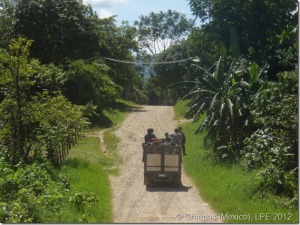 The lowest point in the African continent and claimed to be the hottest spot on earth. It may look awesome but it smells of rotten eggs. You’ve been warned!

This orthodox priest was posing for somebody else but I was cheeky enough to steal a quick snapshot. He didn’t seem to care.

Peering into the crater of an active volcano is by far the most fascinating experience I’ve ever had. We spent hours watching the lava getting angry and calming down, hypnotised by the “big marshmallow pot”. 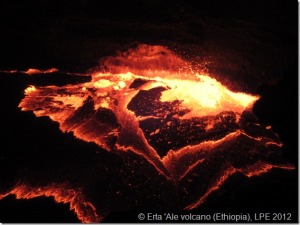 I’m now supposed to tag five other bloggers and link back to TravelSupermarket on Facebook or Twitter (with the tags @travelsupermkt and #capturethecolour). Like Madhu, I will leave the door open for those who would like to take part in the competition so I won’t nominate anybody. This challenge is open to everyone anyway – you don’t need to be nominated to take part. Just make sure you submit your entry by Wednesday, 29 August 2012.

If you don’t have a Facebook or Twitter account, do not fret. Simply email your entry to capturethecolour[at]travelsupermarket.com, complete with your name, address and phone number.

So, any volunteers? Come on, be a sport!

(Best of luck to those who have already taken part in this competition!)

30 pensamientos en “The colours of my travels”